DUE TO COVID-19 ALL IN-STORE AND PRIVATE WINE TASTINGS HAVE BEEN SUSPENDED UNTIL FURTHER NOTICE. WE APOLOGIZE FOR THE INCONVENIENCE. 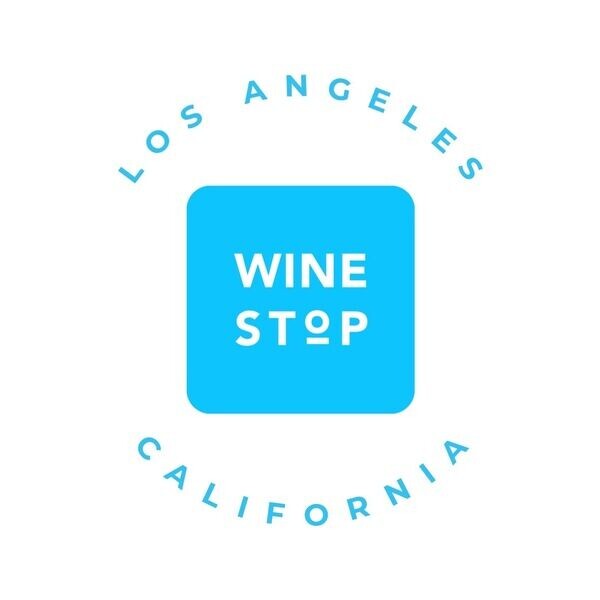 Our message is simple: To bring L.A. exclusive organic and sustainably made wines that reflect the traditions of the places these wines come from.

We source our wines on-site, ship refrigerated and support ethical producers that care about their land and people.

Our selections are not available anywhere else in L.A. We believe top-quality wine should be affordable for everyone of drinking age.

We invite you to stop by and get to know us. 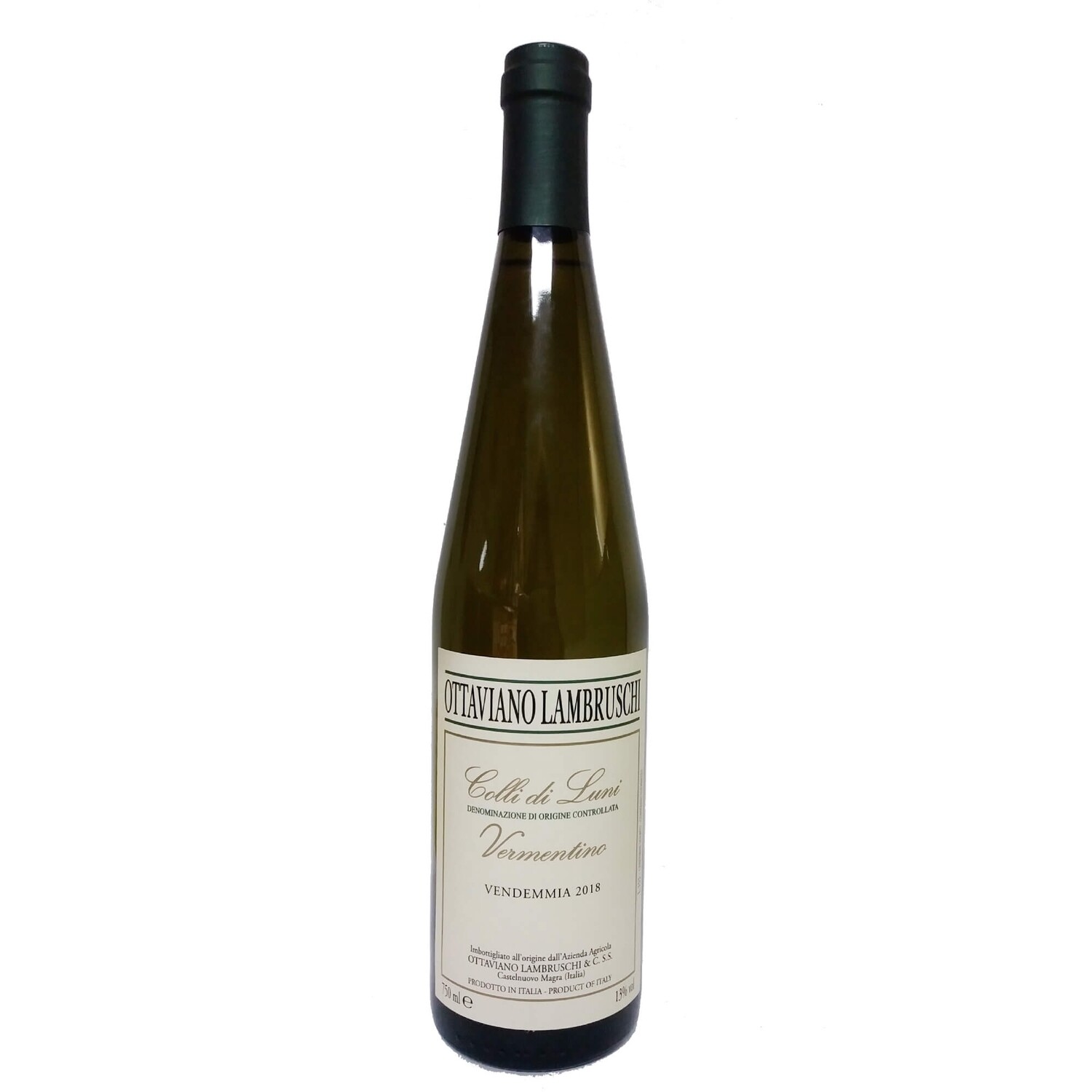 With the help of his brother Alessandro, and with lots of determination, he created a vineyard and wine. In the 1980s his son Fabio, graduated in agro-techniques, blending his passion with the new production techniques, he created a modern and functional winery, without neglecting traditions. In time, the company bought new vineyards invaluable lands of the Ligurian winemaking area. The continuous research, together with the passion for viticulture and vinification characterize the high-quality product, that well represents the company’s ambitions."

Colli di Luni
Luni was a Roman city founded 177 years before Christ, owing to its name to the goddess elsewhere called Selene, or from the shape of the port on which its strength stood: from here sailed boats packed with marble, wood, and other local excellences. Since April 2017 the municipality that preserves the remains (once Ortonovo), was renamed Luni, along with Castelnuovo Magra and neighboring countries (fortified Sarzana was the pivot of the Val di Magra since the 12th century), offers its hills to one of Italy’s youngest and most emerging DOC. Chambers Street Wine Review

"Ottaviano and Fabio Lambruschi make renowned Vermentino in Liguria. Very little comes to the US and almost all of their wines go to NY, LA and SF restaurants. Yields are less than half of what's permitted; all work is manual.

We've never had the chance to taste more than one wine at a time, and some of us had never tried the wine. So we had a tasting here last week of the four wines we currently have in stock, and happily, the wines impressed everyone – including the resident Francophiles, which isn’t always so easy to do. The wines are impressive – intensely aromatic, and long on the palate, rich and full-bodied without being overwhelming or hot.

Beyond the most obvious food pairings of seafood and pesto, the wines have sufficient body and intensity to drink well with meat and other rich dishes.” - Chambers Street, NYC

"When it came to selecting wines on Monday night at the amazing Marea in New York, my dining companions - an Italian winemaker and one of the top wine writers working in the U.S. today - and I joked about what a tall order it would be. Between the three of us, we surmised, it would be difficult to come up with a wine that none of us had ever tasted.

Having been told that we wanted to start with something white with healthy acidity and minerality, sommelier Francesco Grosso, who is one of the leading Italocentric wine professionals in the country right now, delivered the Lambruschi Colli di Luni Vermentino 'Il Maggiore' 2012 from Liguria - a wine that none of us had ever tasted.

The wine was pure and focused, with that “nervy backbone” that Italian writers look for in wines like this. Thanks to its freshness and brightness, you could tell it had been vinified in stainless-steel but it also had remarkable depth and nuance reminiscent of white wines that are fermented in cask. I’d ascribe its complexity to the materia prima: I don’t know much about the grower but would hazard to guess that the vines are older and that selection massale has played a role in the vineyard’s life, delivering richer clones and richer wines." - Do Bianchi

Vermentino: From French Riviera To Italy
The province of La Spezia trespasses into Massa Carrara, neither in the erect Liguria of the Cinque Terre nor in the rolling hills of Tuscany: leaving the plain each plot is torn from bush, forest, stone, and finding accessible ones is a difficult undertaking. “Etruriae Luna palmam habet“, or “the wine of Luna wins the gold among those of Etruria“, wrote Pliny the elder. So, rolled up sleeves and hard to work, moving from certainty: this is the Vermentino, a white grape variety from the French Riviera (but with probable Iberian origins), finding in these patches of soil the ideal cradle of expression at its best.

"Ottaviano Lambruschi holds one of the historical memories of the area: listening to the clarity of his thoughts and seeing him climb into the vineyards at ninety is a regenerating experience. “We were sharecroppers but the war left us nothing, a burned-out house and great need to work”. From Castelnuovo Magra he moved to Carrara, in the quarries from which the finest marble in the world is extracted. “For thirty years I worked everything from driver to marble miner, day and night, and I also lost an ear to an explosion”. And then he’d return, exhausted, to build a house. “In the mine, man looks too much like a beast”. So the intuition, the purchase of a forest at 220 meters above sea level because, “the plain is good only for cabbage” and a lot of work, again, with the scraper to subtract land from the trees and murderous rocks, the amphitheater that still welcomes the beautiful Costa Marina vineyard which gives its name to the winery. “I always craved something of my own”." - Gambero Rosso

"His son grew up in this climate, with a father who, as Mother used to say “keeps a mistress up there” intending the vines he struggled to stay away from. And when the military service ended, Fabio would have continued in the army, but found himself here, proudly, to pull the strings of the constantly growing family business. “The philosophy is simple: aim for excellence holding true to tradition. The first step is to bring beautiful grapes into the winery, which come close to perfection”. And it is likely that that precise military rigor, attention to detail and cleanliness, helped Fabio in reaching the goal (now, lending a hand, is also his daughter Ylenia). Each vineyard gives life to a cru, the Maggiore has been added to the Costa Marina, also up there, impervious and magnificent. “Young people are afraid to drive the tractor uphill - says Ottaviano - but not to drive against traffic at night”. “I could have stayed in the army - Fabio jokes - I’m so used to the aye aye sir”." - Gambero Rosso

Vineyards And Vinification
"They banter, father and son, and maybe have some conflicting views, but their eyes betray a boundless affection, a community of purpose. The new late harvest Vermentino is named Ottaviano, with part of the fermented grapes left in contact with the skins. In all the rest, love for the classic prevails: vinification in steel tanks, selected yeasts, controlled temperatures for about 40,000 bottles a year, each with a strong character, identity, true mirror of the Colli di Luni and its interpreters. Prizes and awards, all deserved, are boundless. “We like a clean wine that maintains quality over time, while respecting the characteristics of the vintage."" - Gambero Rosso

Save this product for later
Display prices in: USD 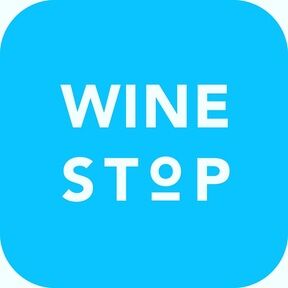 "When I want tasty, affordable wines (I'm talking $20 and under/bottle), I head to Wine Stop in the Arts District. If you spot a black bottle with a red "Pronto" label, snap up a few. This bold Italian Lambrusco Secco sells out quickly." - Cesar Hernandez, LAist

Round off your shopping spree at Wine Stop, a boutique wine shop with a vineyard-to-table concept serving bottles from some of the best independent producers. If you're not sure what to buy, don't worry: there's a tasting bar at the back of the shop where you can take your time." - Monocle, December 2019/January 2020

11/22/2019: The Ultimate Guide to Wine Pairing for Thanksgiving from a DTLA Sommelier

WARNING: Drinking wine may increase cancer risk, and, during pregnancy, can cause birth defects www.P65Warnings.ca.gov/alcohol